Carrie Green talks about her experience watching the World Trade Center Towers fall on September 11th and the aftermath of helping those crossing the Hudson River to escape the horrors of that fateful day.

As someone who worked in the World Trade Center as well as for the New York Stock Exchange, she and her fellow employees felt the events of that day on a very personal level. Carrie knew many people in the area around the Trade Center that day who traveled daily into New York City. In addition to that, her boss had been at Cantor Fitzgerald the day before conducting business in the Center.

She and her fellow employees watched as the awful events unfolded from the big beautiful picture windows overlooking the Hudson River from their Jersey City, NJ office. Carrie talks about watching the first tower fall, objects falling from the building, which she later would know, were people jumping to escape the flames and 29 minutes later watching the second tower fall.
Carrie outlines some crucial.

Carrie outlines some crucial points for managers to understand about grief and about handling an ongoing crisis in the workplace. Her company did many things that reflect a caring, compassionate attitude that helps employees handle crisis and grief.

First, the company banded its employees together to offer much-needed community service to the individuals crossing the Hudson River to escape the unfolding events in lower Manhattan. The company employees felt some comfort themselves just being able to help others in need.

Second, it’s apparent from Carrie’s recollection of the event of 9/11, that often, grief and the feelings associated with pain don’t just “go away” even though a significant amount of time has passed. Some wounds don’t heal. They become more manageable but the feelings don’t leave. That is an important message for managers. Trauma stays with us and its important for managers to really understand that fact is an asset to the company and the employees. Managers who are equipped to handle those recurrent times are much better managers for it.

Third, while Carrie describes how offering help to those coming from Manhattan evolved, it is apparent that having an emergency plan in place to handle a grief or trauma situation BEFORE the need arises would be a tremendous asset to the company and its employees. While your company may not need a plan that encompasses the scale of September 11th, you can’t be sure that your company won’t be the one to experience workplace violence or the death of an employee or the aftermath of a hurricane that devastates your city. Putting a plan together that designates one person to take charge, to make decisions is not only possible but advisable. 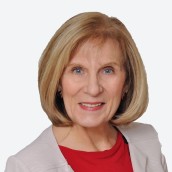